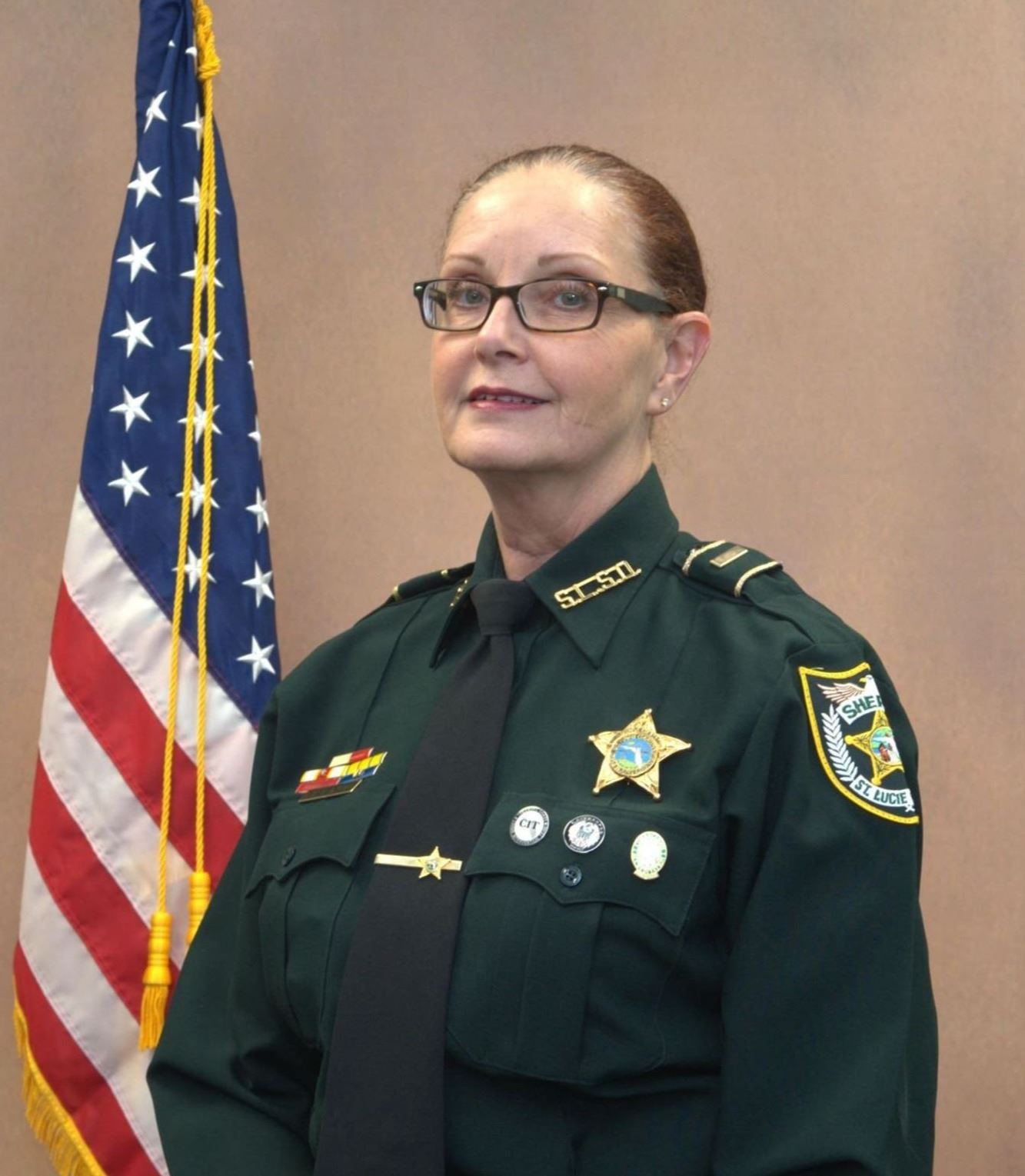 Stephanie Lyons was born in California and raised in Ventura before moving to Tennessee and graduating high school from Rogersville High School. She continued her education, receiving an Associate in Arts Degree from Indian River State College and a Bachelor of Arts Degree in Organizational Management from Warner Southern College.

Captain Lyons joined the St. Lucie County Sheriff’s Office in May of 1995 as an un-certified corrections deputy. In 1996, she completed the Florida Basic Recruit Correctional Academy and became a certified corrections deputy. In 2000, Captain Lyons was promoted to the rank of Sergeant within the department of detention, and three years later promoted again to the rank of Lieutenant.

During her tenure at the jail, Captain Lyons has worked in booking, classification and general population. As a supervisor she has managed these areas within increasing workloads and an ever-growing inmate population.

In January 2021, Stephanie Lyons was promoted to the rank of Captain and assigned to the Detention Management Division of the St. Lucie County Jail, overseeing all operational functions of the jail facility.

Over the course of her 26-year career with the agency, Captain Lyons has been recognized with awards that include the detention deputy of the quarter, twice as the detention supervisor of the quarter, six unit citations, two certificates of appreciation, an agency commendation and a lifesaving award.

In addition, she has dedicated her time as a member of the agency honor guard, as the commander of the jail Emergency Response Team (ERT), as an instructor and facilitator in the Rape, Aggression, Defense (R.A.D.) course and as an adjunct instructor for the agency and in the corrections and law enforcement academy at Indian River State College.