Chief Deputy Brian Hester is second in command and oversees all agency operations. He oversees the departments of: 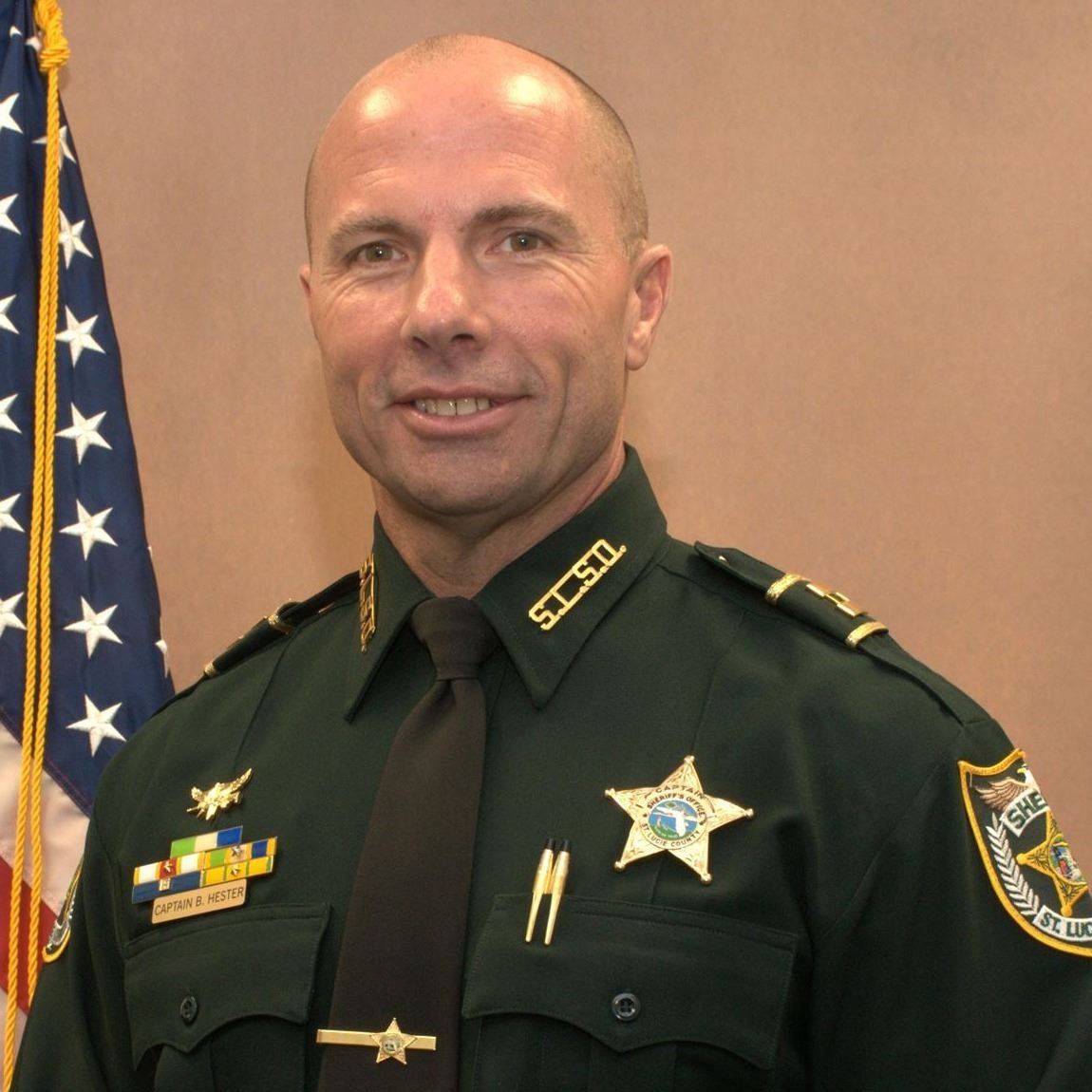 Brian Hester was born in Greenville, South Carolina and graduated from Travelers Rest High School in 1989 and then from Clemson University in May 1994 with a Bachelor of Science degree in Accounting.

He attended the South Carolina Criminal Justice Academy and completed his law enforcement certification in January 1995 with highest honors, winning the prestigious J.P. Strom Award, awarded to only one recruit in the entire state of South Carolina.

In July 2006, Brian received his Master of Science degree in Strategic Leadership.

He joined the St. Lucie County Sheriff's Office in December 1998 and served for two years as a Patrol Deputy.

Over the course of his more than two decades at the agency, he has served as a deputy or supervisor in the Special Investigations, District Patrol, Economic Crimes, Training Unit and Professional Standards and Community Engagement Division. He has risen through the ranks from sergeant, lieutenant, captain and major.  In January 2021, he was named Chief Deputy.

After the tragic shooting at Marjory Stoneman Douglas High School in 2018, Brian became the architect of what is now our School Resource Deputy Unit, doubling the size of the unit almost overnight and working almost daily with senior school district officials and other law enforcement partners to ensure safe schools.

Throughout his career, Brian has served on the agency SWAT Team as a member, team leader and currently as a subject matter expert for the National Tactical Officers Association. He has also been an adjunct instructor in both basic recruit academies and advanced and specialized training at IRSC.